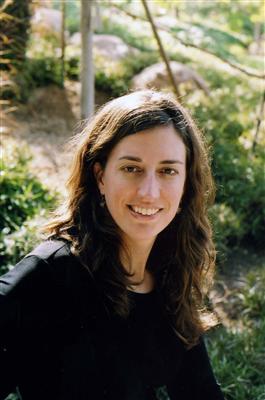 Image Caption
A versatile and passionate performer and teacher, Mary is the fourth generation of her family to pursue a career in the arts. She has performed extensively as an extra and substitute musician with the Phoenix Symphony and the Arizona Opera since the 2004-05 season. She is a member of the AIMS Graz Festival Orchestra in Graz, Austria. She has also performed with the Tucson, Flagstaff, and West Valley Symphonies, and performs extensively as an independent musician in the greater Phoenix area.  Past festivals and workshops include the National Orchestral Institute, Brevard Music Center Festival Orchestra, and the Musicorda Summer String Festival. Mary has maintained an active private violin and viola studio for over 20 years, bringing her love of teaching to students of all ages. She currently serves as Instructor of Viola and Violin at Mesa Community College, a position she has held since 2007. She is a Suzuki registered teacher for violin and viola through Book 4, having trained with Susan Kempter, Nancy Lokken, and Beverly de la Bretonne. She previously taught both elementary and high school strings for eleven years in the public schools, and served as Director of Orchestras at the Arizona School for the Arts for two years. Her orchestral groups have consistently earned ratings of Excellent and Superior at festival. Her private students have won auditions for the Metropolitan Youth Symphony orchestras, the Phoenix Youth Symphony orchestras, the Arizona All Regional orchestras, and the Arizona All State orchestra, as well as at Arizona State University, the University of Arizona, and Northern Arizona University. Mary holds both the Master of Music and Doctor of Musical Arts degrees from Arizona State University, where she was a student of William Magers. Additional teachers include Ed Gazouleas, Michelle LaCourse, Evgeniy Brodotskiy, and Carol Rodland. She has participated in master classes with John Graham, Li Kuo Chang, Roberto Diaz, Daniel Foster, and Robert Vernon. She holds the Bachelor of Arts degree from Wellesley College, cum laude in History and Russian, with High Honors in Russian Language and Literature. Pursuing her interest in Russian, Mary has taught Russian at both the high school level and as a Faculty Associate at Arizona State University. In 2014, she was a Fulbright-Hays scholar in Moscow, Russia. Her program project focused on the lives of musicians in Moscow today. Her Doctoral research was titled The Sonata for Viola and Piano (1926) of Nikolai Andreyevich Roslavets:  A Historical Examination, Analysis and Performer's Guide. She lived in St. Petersburg, Russia, for three years, where she studied viola through the Rimsky-Korsakov Conservatory, worked for the St. Petersburg Times, and became fluent in Russian.